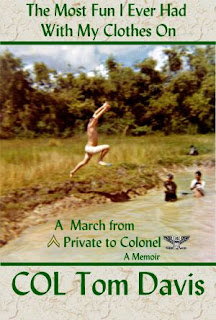 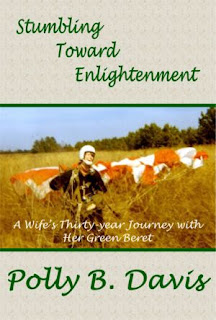 Tom Davis of Old Mountain Press has called his former contributors to submit to a new anthology. You can view the submissions of those who have already been accepted. Be sure to visit the website for Old Mountain Press.

See  http://www.oldmp.com/anthology/wishyouwerehere.htm here you will also find guidelines and the link to an online submission form.

View camera ready copy of all submissions accepted so far at http://www.oldmp.com/anthology/review/wishyouwerehere.pdf

NOTE: As always this anthology may fill up before the close out date so don’t procrastinate.

Wish You Were Here’s THEME is ANYTHING RELATING  TO TRAVELING TO PLACES YOU HAVE BEEN OR WOULD LIKE TO GO: THE PLACE, THE PEOPLE, THE FOOD, ETC.
NOTE: The theme is NOT missing someone or something.

I will accept submissions until 12:00, 6 March OR when I have at least 90 to 100 pages (includes table of content and authors’ bios 75 words or preferably less please) or 70 contributors of quality poems and short shorts WHICHEVER COMES FIRST. If you wish to be considered for inclusion in this anthology, do not procrastinate. Get your work in now! Since this is a very wide topic, I expect the anthology to fill up well before the close out date.

There is no reading fee, no entry fee, and no requirement for a contributor to purchase this anthology.
As always, contributors will be able to purchase copies at a reduced rate.
By Glenda Beall at February 10, 2016 No comments:

Submit Your Writing and Learn to Market Yourself and Your Work

Yesterday we held a panel discussion at our local library in Hayesville, NC. The subject was publishing and marketing your writing.

We hear so many people say they have written a book but don't know what to do next. On the panel yesterday we heard from an author who has a regional agent who has been extremely involved in helping him with publishing his four novels. Two were published by a Memphis press, BelleBridge Books.

We heard from an author who travels far and wide to festivals, speaking events and other places where she finds the audience for her young adult books. She knows her audience and has done her research.

One panelist was the owner of a small press that helps authors self-publish their books. As he said, it isn't as easy as one might think to publish your own book. He helps people with design, typesetting, covers and all the details many new writers would not know.

I spoke about my interview with Scott Douglas and Kevin Watson, owners of two small presses, Main Street Rag and Press 53 and what is expected of the writer once the book is ready to sell.

Our attendees were enthusiastic and had so many questions we ran out of time before we could complete the program.  Our handouts included some writing resources. I have a few of them below.

Literary  Journal - The Journal of Kentucky Studies.  https://kentuckystudiesjournal.wordpress.com/submissions/  No fee to submit


www.booksbydeanna.com  - author Deanna Klingel writes clean books with a moral theme for children. Grandparents love them. She loves writing them.

http://www.oldmp.com/  Old Mountain Press. Author Tom Davis publishes anthologies with poetry and flash fiction or memoir. In a hurry to publish your book? Tom will help you get the book out in a short time.

Wally Avett - author of four novels based on true events in Appalachia.