Memorial Day remembering those who lost their lives serving our country.

During World War II, I had two cousins, born long before I came into this world, who served in the military after President Franklin Roosevelt declared war on Japan, December 8, 1941. The young men had recently graduated high school.
My aunt Doll and Uncle Avon were devastated when their only son, Henry was killed in an airplane crash in the Gulf of Mexico. He was flying a plane and pulling a target for other planes to practice hitting. He plane was shot down by "friendly fire." Henry's body was never found. His unborn son would never see his father. Today, that son still misses the father who never held him, played with him or saw his success in sports when he was in school. That son has become a highly successful scientist in his field and author of two excellent, researched nonfiction books.
I will never forget going to the home of my aunt and uncle and seeing them cry, broken-hearted, as they told of the horror of losing their beloved son. I was told that my uncle walked the beach day after day while his son's body was searched for in the Gulf, but had to come home without Henry.
Another cousin who died during that war was the son of Aunt Lottie and Uncle Horace, brother of my father who had four sons.  My brother, Ray, served in the United States Navy, but never saw combat or went overseas. Horace had a daughter, Kathryn, and a son, Clyde Horace Council, Jr.. Clyde, tall and handsome, became an officer in the Air Force. His mother adored him. I have a photograph of the two of them. Clyde was only twenty-two years old when he was killed. He is buried in Arlington Cemetery.
Another veteran I knew who died serving in the military was a neighbor named Sam. He was sent to Viet Nam and was killed the day after he arrived. His parents mourned his death for the rest of their lives. He was too young to go, but his father had signed for him to go early. I know that guilt must have weighed heavy on that man's heart.
These are the men I think about on Memorial Day, and their families who sacrificed so much.
If you need to buy a gift, check out this site.
By Glenda Beall at May 31, 2021 2 comments: 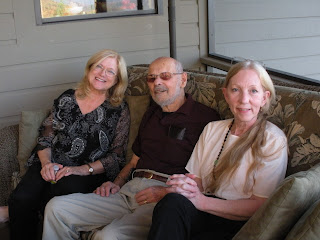