Three strikes and are you out?﻿ 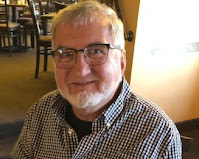 Roger Carlton, columnist for the Graham Star Newspaper in Robbinsville, NC.
This past week will go down in history as the week of multiple bombshells never seen before in Presidential elections. We are in uncharted territory as we have been for the past few years. One major revelation this close to the election could swing the results. Three in a row has created shock and awe not just in the conservative world, but in the entire world.
The release of President Trump's tax returns was inevitable whether voluntary or by a leak to a major newspaper. His success as an artful business deal maker has been brought into question. His being smart enough to find every loophole and gimmick to eliminate paying income tax over many years may be smart, but it is not right.
Many of his supporters who struggle to put food on the table while seeing their paychecks diminished significantly by tax deductions can now wonder about supporting a candidate that lives a lavish lifestyle while paying little or no income taxes. Paying a fair share of taxes does not make one a “sucker and a loser.”
To be fair, his companies pay a lot of state and local taxes - as do we all. The real question to think about is to whom does the President owe, with personal guarantees, more than $425 million coming due during his potential next term and will that burden impact his decision making?  Perhaps we can sum this up by quoting famous author Herman Wouk. "Income taxes are the most imaginative fiction being written today." Problem is that we want truth and not fiction from the leader of the free world.
The second bombshell was the slugfest misnamed "debate." This columnist firmly supports a respectful political discussion about issues. We certainly have an unending list of challenges facing our democracy. My parents and mentors taught me about decorum and decency. If you want to win a debate you listen to your opponent and then disassemble their argument. That is being defensive. Another way to win a debate is to be persuasive with fact-based arguments. Despite preparation by both candidates, the event quickly devolved with interruptions and low blows regarding the struggles of family members. There were also more than 125 untruths and distortions from both candidates. No one won this debate. In fact, everyone lost this contest. It was a shameful eye opener for any thinking person.
There is a saying in baseball that is very easy to understand. "Three strikes and you are out." It remains to be determined if this oft-used quote transfers to politics. Regardless of political leaning, we must all be empathetic to the President, his family, members of Congress and key staffers who have tested positive or been hospitalized for the COVID 19 virus. No caring person wishes this curse to fall on our leaders.
We all should have compassion for the 210,000 people in the Unites States who have died since this tragedy began to unfold last March. Yet it is difficult to erase from our memories the total mismanagement and disdain for the impacts of the pandemic. The scientists who gave us sound advice were ignored by so many who now suffer from the disease. Can we or should we put that behind us as we start early voting? That remains to be seen.
Dear Readers, Please leave a comment. We want to know what you think and appreciate your reading our posts. If you don't have a Gmail account, just sign in as anonymous.
By Glenda Beall at October 08, 2020 No comments: