Today I received an email from a former student and now a wonderful friend, Ash Rothlein, Veteran of WW II. Ash has just received the French Legion of Honor Medal at a ceremony at the Miami Biltmore Hotel.

Ash was in my class in 2008 having come to learn to write about his life. He had never written anything other than technical reports and such for his work. He is retired from owning and managing his own successful business. His friends said he wrote good letters, he told the class with a smile. I suggested he write about his life just as if he were writing letters to his friends. And he did.

His vivid images of  events and his experiences while serving in the military during World War II, and the emotions he provoked in his class mates will always stay with me. He is in his late 80s now, but he has plenty of life to live yet. He plans to go to France, to Normandy, for his 90th birthday, and he is in training every day for the walk up that beach where so many of his comrades lost their lives. He wants to do this in memory of those who died there. Ash doesn't think of this medal as his. He intends this medal to be given and placed on a statue recognizing those heroes.

Ash's dear wife, Liz, has been diagnosed with Parkinson's Disease, but she is his biggest supporter. Liz said the writing class changed Ash's life forever. When he realized that others were interested in his stories, his past, his life became more meaningful to him, and he has a mission that keeps him going every day. His story has been published in numerous newspapers with photos of him as a young soldier and him as he is today.

Ash has been invited to speak at colleges where the students find his talks riveting and he has received mail from many of them. The following is an email telling about the ceremony where he was awarded the French Legion of Honor Award.

"I just want to report that this past Monday the French Legion of Honor Medal ceremony was held in the Miami Biltmore Hotel at noon. It was a gracious affair sponsored by the French Consulate with the General Consul as the Master of Ceremonies and Major General Disalvo of the Southern Command.

Ten of us were honored reverently and the crowd of friends family and invitees along with major press coverage made for a stimulating and inspirational affair. I attached a sample of photos taken and more will come as I receive them.

The best part was that I was able to bring Liz and she enjoyed it thoroughly.  We hope your winter is not too severe and that you are all keeping warm in your cuddle wraps by a roaring fireplace when it is cold. With this event behind me I am now working on stage two which I will bring you up to date on when we return in early March."

We look forward to stage two of your plans, Ash, and thanks for keeping us up to date. I love the photos and am sending hugs to you both. Glenda
at January 17, 2013 1 comment:

Writing and Poetry is Alive and Well in Cherokee County 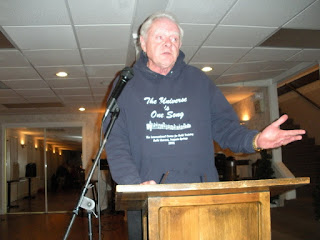 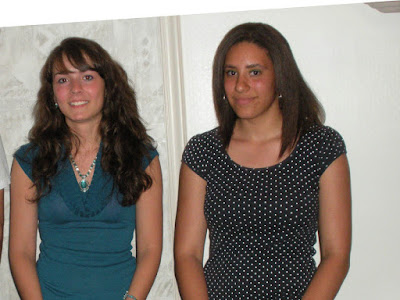 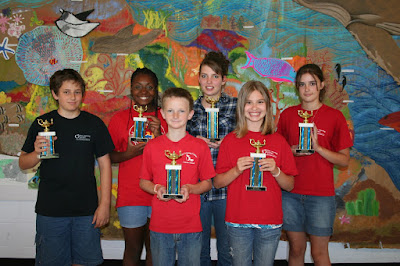 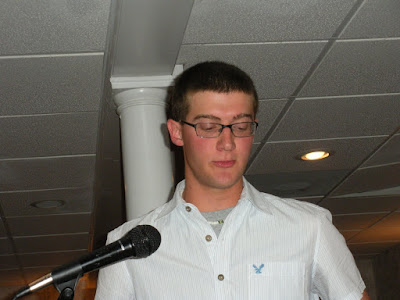 Essay Contest Winner for Cherokee County High Schools Contest
In a culture beset with admiration for athletics, it is wonderful to see young poets and writers rewarded for their excellence. As always, when I attend these ceremonies, I am amazed when I read or hear the work by these young people.

***Poetry winners for the Cherokee County High Schools were stranded in Europe at the time of the award ceremony so we have no photos of them.
at June 19, 2010 1 comment: