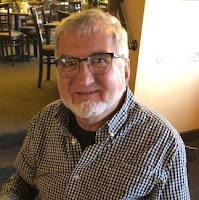 If the Framers wanted a static document, they would have left the word "more" out of the document. There were approximately 2.5 million people in the 13 colonies in 1776 and there are 330 million people in the United States today. We have a lot "more" work to do to figure out how to preserve and enhance democracy in today's complex times, but we have the foundation to do that in the Constitution.
By Glenda Beall at September 20, 2019 1 comment: