Wisdom. Is it wasted on the young?

The U.S. Postal Service announced yesterday that the late Maya Angelou will be honored on a “forever” postage stamp. The design and release date is yet to be announced. Angelou passed away last year at age eighty-six. (Los Angeles Times) 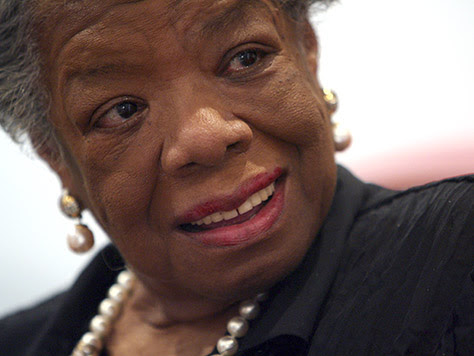 I liked Maya Angelou for her sage wisdom which Oprah was fond of sharing with her audience. I appreciate learning from older people the important aspects of life that many refuse to hear and have to experience for themselves. I like all of the sayings that are now known as Maya's quotes and we find them online.The first one in the list below is my favorite.

"You may not control all the events that happen to you, but you can decide not to be reduced by them."- Excerpted from Letter to My Daughter, a book of essays (2009)

"I've learned that you shouldn't go through life with a catcher's mitt on both hands; you need to be able to throw something back."- Interview with Oprah for Angelou's 70th birthday (2000)

"We may encounter many defeats but we must not be defeated.- The Art of Fiction No. 119, the Paris Review

"Nothing can dim the light which shines from within."

In a world where many of our youth or young people think they know all there is to know, it would be good for them to read some of Maya's truths about what she has learned in her life. Experience is a wonderful thing to share -- but it is often hard to find anyone who will listen.