Writers' Digest through the years

Over the years, I have read and collected tons of useful articles by top people in the writing community.
I subscribed to Writers' Digest long before I published anything. I was a very young person down in south Georgia when I applied for a correspondence writing course through Writers' Digest magazine. That was the only writing course I had taken until I moved to North Carolina and became involved with the NC Writers' Network and NCWN-West.
Some literary snobs scoff at Writers' Digest but I think it is an excellent source for beginning writers who have no idea how to format and submit a manuscript. There are many helpful articles that teach us the basics of writing. That is why I have saved articles by Robert Lee Brewer. Robert Lee Brewer is Senior Editor of Writer's Digest, which includes editing Writer's Market, Poet's Market, and Guide to Literary Agents. He once came up from Atlanta to teach a workshop for Writers Circle around the Table, my studio. He is a very nice, personable man and I follow him on Facebook.
From reading some of the older posts by Robert, I came upon this blog that I now love. I am struggling with my blood sugar and nothing seems to help get it down to something resembling normal. Carol Early Coney has a great sense of humor and she shares recipes that only require four or five ingredients. Her husband has diabetes and, like me, he loves the white stuff. You know, potatoes, rice, bread, which I consider the staff of life.
Carol says she is not a good cook and she doesn't like to cook. But this blog, The 9-inch plate, is entertaining as well as good for me. The recipes she shares actually make me want to cook!
Carol found proof that having a cluttered room, home, office, or anyplace, increases stress and stress makes us crave foods that are not good for us. I think that is really an issue with me lately.
My sister is having some of those problems because workers are in and out of her house as they remodel her basement to make an apartment for me. This will be my home away from home when I visit the big city. The work has gone on for months now and she wants to lose some weight, but feels her eating is untameable at this time. Of course, I think she looks fabulous. See the photo of her I took tonight as she and her husband were heading out to a party.

Back to writers and Writers' Digest and Robert Brewer:
Read my essay on Robert's blog:
https://www.writersdigest.com/whats-new/interviewing-poets-why-and-how
A reader could spend hours on the Writers' Digest website and still come back for more. I like to take online courses from Jane Friedman who was once an editor for Writers' Digest and is still involved with the company. I have found that a subscription to certain writers' magazines is extremely helpful for writers who want to write but have no way to learn the basics.
Thanks, Writers' Digest, for always being there.
By Glenda Beall at December 06, 2021 No comments:

Have questions on formatting your manuscript or building a brand? 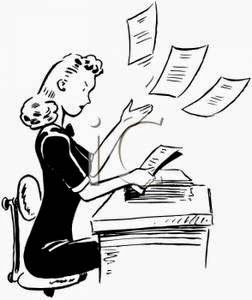 Preparing a manuscript to send to editors or publishers causes much angst among writers. If you are one of them, visit this site and get all your questions answered in one place.


http://theeditorsblog.net/2011/01/05/format-your-novel-for-submission/
The editors blog is one of the best sites for writers to learn how to write, how to submit, and how to handle many writing dilemmas.

This writer at No Rules Just Write expresses my sentiments exactly on how to become a well-known and well-read author.

http://www.norulesjustwrite.com/how-to-brand-yourself-without-a-red-hot-iron-and-cow-or-blood-sweat-and-tears/
Many times writers worry over how to become known and appreciated. First you must write good books. Not just one book. If you want to write for the public, you must continue to write good books. 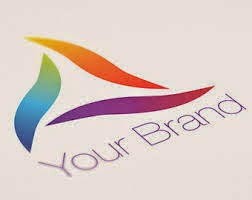 Learn how to write well and then follow C.J. Lyons advice. Give back to your readers. Be generous to others.

Let me know what you think on these subjects.
By Glenda Beall at May 21, 2014 No comments: