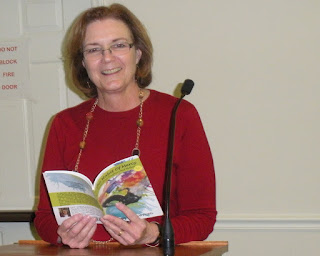 I’m happy to announce that the Blue Ridge Writers Conference has gone VIRTUAL and WILL be held April 9 and 10, 2021.

I will certainly miss seeing everyone in person, but the upside is  - you can attend in your pajamas and still hear all our great speakers:

Melissa Fay Greene, Author of Praying for Sheetrock, The Temple Bombing, Last Man Out, There is No Me Without You: One Woman’s Odyssey to Save her Country’s Children, No Biking in the House Without a Helmet, and The Underdogs.

Sheila Athens, Book coach, developmental editor, and author of The Truth about Love

G. Wayne Clough, Secretary of the Smithsonian Institution from 2008 – 2014, and author of Things New and Strange

Elizabeth Dulemba, Author and illustrator of more than 20 picture books and the novel A Bird on Water Street

Laura Newbern, Editor of Arts and Letters journal and author of Love and the Eye

Bonnie Robinson, Director of the University of North Georgia Press

Find more info about our speakers at this link:

And here’s the link to register:

Hope you will join us! 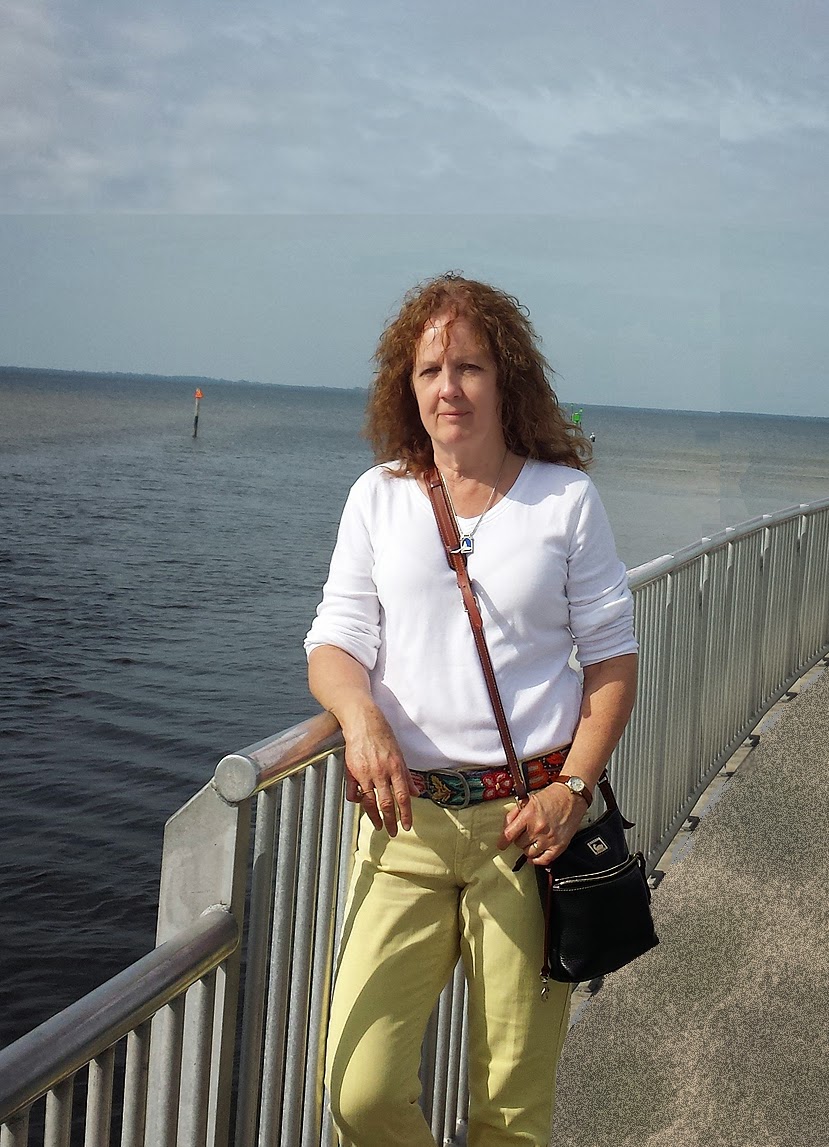 One of my favorite writers is Dana Wildsmith and I subscribe to her blog because all of her posts are extremely interesting to me as a writer.
I want to share this one because it hits on the universal reaction we have when we think our writing is threatened in any way by another writer.
In this case, Dana's friend is afraid someone has "written her book" which is in progress.
Click on this link to read Dana's post.  www.danawildsmith.com/blog/march-04th-2015
Dana will teach at Writers Circle studio this summer.

Coffee with the Poets and Writers pics

Deanna Klingel author of several young adult novels as well as other historical books talked on truth in fiction.  CWPW, sponsored by NCWN West, meets each month at Blue Mountain Coffee and Grill and the event is open to the public.

Memories of Joan Fontaine and the Other Side of Silence

For anyone who is a fan of the vintage movies, black and white, and the great stars who were dignified actresses in their day, you will enjoy this post by Mula.

About seven years ago I met a delightful older woman online. She lived just outside our Netwest Region in western North Carolina but connected when she found our blog, www.netwestwriters.blogspot.com
Joan and I have not met in person but have become friends. I like to follow her posts on the Senior Women site.

Joan L.Cannon is a contributing author for Senior Women.
I agree with her sentiments in this article:
http://www.seniorwomen.com/news/index.php/the-other-side-of-silence

Have you ever met a very famous person as Rose did and become friends with them? Are celebrities of today different from those of Joan Fontaine's era?

We will soon begin a new year.

Looking back on 2013, we have enjoyed the many writers and poets who have come through our doors this year. Joan, a student at Writers Circle said, "You have brought us so many good poets that we would not have been exposed to if it were not for Writers Circle."

That is our purpose  - to bring excellent writing instructors here to this area because we can't all travel long distances to classes and workshops in other cities. We keep our fees reasonable, but offer teachers enough to make the trip worthwhile for them

This area is jam-packed with experienced published and non-published writers. Often we overlook what is in our own back yard. We don't want that to happen here.  We provide the opportunity for our local writers to teach what they have learned in their studies of poetry and prose.
Around our table we give instruction to those beginning poets and writers who have not yet made the step to publishing their work. No one should ever be fearful of what they might encounter at this studio. We are non-competitive. We encourage each other and we give constructive feedback, in a gentle manner.

The coffee pot is ready and some goodies are on the table. Ice tea is in the fridge.

I have written several poems about November. You can read one of them here. Thanks to Jayne Jaudon Ferrer it is still online in the Archives of Your Daily Poem.  Hope you like it.

Thank You, Readers, for all the pageviews this month and every month.

We had over eleven hundred readers this past month just in the United States. Pageviews also came from over ten other countries. Thank you so much for visiting us here at Writers Circle

around the Table, our blog for the series of writing classes held from March through October each year since 2010.

In the past four years we have been overjoyed with the quality of writers, teachers, poets and students who have come and shared the studio and sat around the table with like-minded people who appreciate the written word.

In the bookcases we have books to instruct, to inspire and others to enjoy reading. Students are invited to check out books and return them within a reasonable time.

Instructors who stay overnight in the studio apartment are invited to browse the bookshelves and enjoy a book while here. We also have a stack of writers' magazines to share - Writer, Writer's Digest and Poets and Writers.

Each season we try to bring back the most popular instructors, but we continue to invite new writers who can offer instruction our local writers and poets want.

During the winter months while we are closed I will be busy contacting writers and poets in western North Carolina and North Georgia including the Atlanta area to include on next year's schedule of classes.

Meantime, check back with us for guest posts and for articles and prompts that will keep you writing while you huddle inside by the fire. To see what is new for 2014, click on our Schedule page. 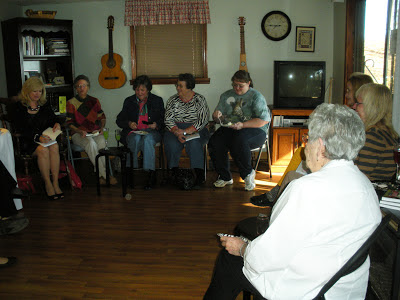 Writers Circle studio was filled with joy, encouragement and congratulations for Nadine Justice, author of I'm a Coal Miner's Daughter, But I Cain't Sang, her memoir on the theme of perseverance and belief in one's self.
Nadine read a couple of excerpts from the book, answered questions, and talked about how she came to write the book. Friends from her writing group in Georgia as well as friends from her first class with me, at Tri-County Community College, were on hand to honor Nadine on her published book. Several Netwest members came and met the new author. 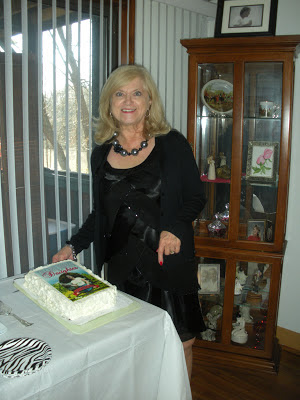 Nadine Justice stands beside the cake with the photo cover of her book. It was too pretty to cut, but we finally made the first slice. 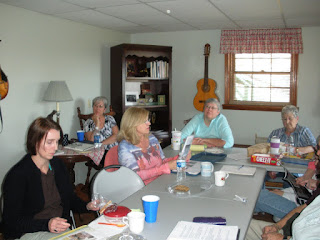